Amethyst is a transparent quartz which displays a violet or reddish-purple color. It is the most valuable variety of quartz and the most appreciated one. Its name is derived from ancient Greek a-méthystos (αμÝθυστος) meaning "not intoxicated", which led to the belief that drinking wine from an amethyst cup would prevent drunkenness. Hence it became known as the sobriety stone. 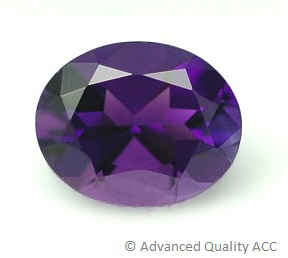 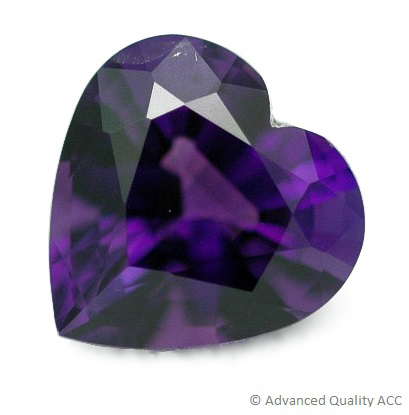 Amethyst is the birthstone for the month of February and the gemstone representing the 6th and 17th wedding anniversaries.

Amethyst has been around for centuries. It was used as a gemstone by the ancient Egyptians, for beautiful jewelry and gem engravings by ancient Romans and in jewelry, crowns and scepters by the English royalty in the Middle Ages.

It also found a place of importance in various religions. The Bible mentions Amethyst as one of the twelve gemstones in the breastplate of the high priest. The Christian church treated Amethyst with high regard, since the purple color used to symbolize Christ, and used it to adorn the bishops’ rings, thus making it known as the stone of bishops. Tibetans consider amethyst sacred to the Buddha and make prayer beads from it.

Amethyst was a gemstone for the royalty and the elite in the Old World. It was one of the five Cardinal gems, together with sapphire, ruby, emerald and diamond, that were considered to be precious above all others, therefore unaffordable to the common people. This lasted up until the 19th century, when large deposits were found in Brazil.

Amethyst was thought to protect soldiers, ensure victory, aid hunters and protect against diseases. It was believed to enable one to control evil thoughts and quicken intelligence. It is considered to be a cure for headache and toothache, and is also used to increase spirituality and to promote inner calm, balance, and peace. It allegedly alleviates insomnia, if worn to bed or tucked under the pillow, bringing about a peaceful sleep, with pleasant, often prophetic dreams, instead of nightmares.

Amethyst colours range from Violet (25) to Purple (27) with violetish Purple (26) being the most common. Amethyst can be found in all tone grades and saturation intensities, for which deeper colors mandate higher values. 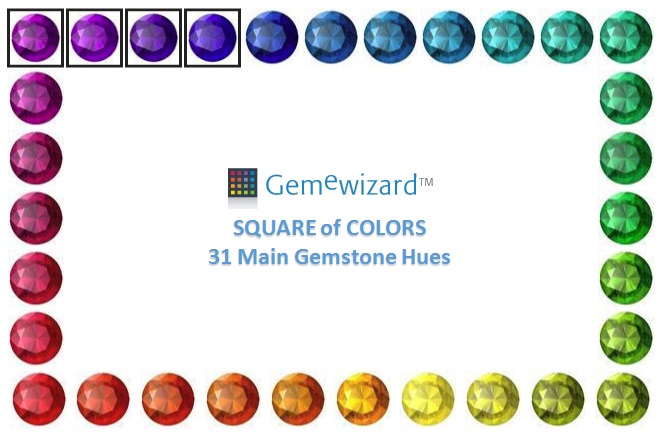 Amethyst owes its color to the iron impurities forming iron-based color centers in the quartz. In fact, Amethyst and Citrine, the orange-yellow variety of quartz, are very closely related, differing only in the oxidation level of iron ions (Fe3) present in the quartz crystal. Heating the Amethyst quartz causes a reduction in the iron impurities, thus diminishing the violet-purple color and augmenting the golden to orange colors. When partially heated, amethyst can result in ametrine, a bi-colored combination of both amethyst and citrine.

Another variety of quartz known as Prasiolite (or Praseolite), displaying light-toned grayish green color, is also associated with amethyst. The trade has adopted the name green amethyst for this variety, even though gemologists are careful to differentiate between this and the purple amethyst. The trade’s position of associating the amethyst name to prasiolite is probably because most of the green amethyst gems offered on the market started off as purple-colored amethysts that have changed their color after undergoing heat treatment. 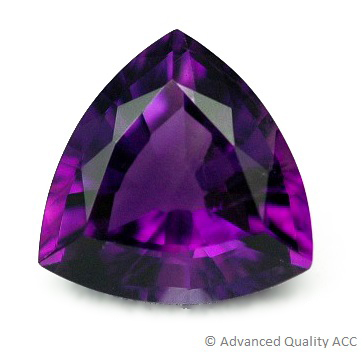 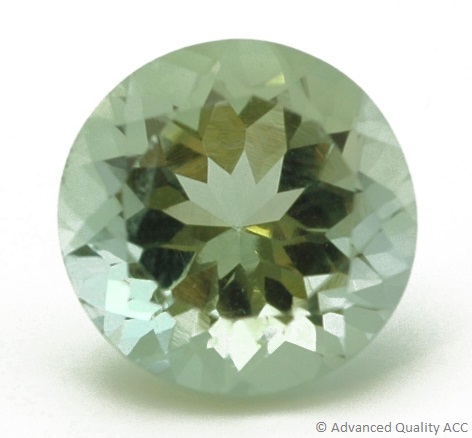 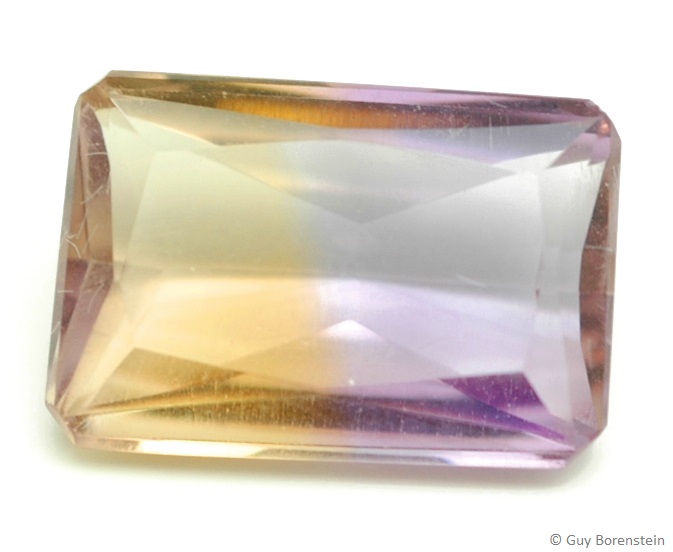 Amethyst is found all over the world, occurring in geodes or in the cavities of granitic rocks.

Russia - The Ural Mountain mines of Russia have always been considered to produce the world's finest amethysts. They are located in Reshev and Alpayev, near Sverdlovsk, on the western boundary of the Ural Mountains. The Russian amethysts are famous for their reddish colour under the light of an incandescent lamp.

Today, most amethyst comes from Brazil and Uruguay.

Brazil - The most important amethyst deposits are in Brazil, namely the Palmeira amethysts of Rio Grande do Sul and the Maraba amethysts of Para. It is also produced in abundance in the states of Minas Gerais, as well as Mato Grosso, Espirito Santo, Bahia, and Ceará.

Uruguay – Large production of amethysts in Uruguay can be found in Artigas, its northernmost department, bordering with the state of Rio Grande do Sul in Brazil.

Other principal sources include Zambia, Namibia, Madagascar, Myanmar, Sri Lanka, India, Pakistan, Australia, Finland, Austria in Maissau, known for the largest opencast amethyst vein in the world, Bolivia, Mexico, Canada in Ontario and Nova Scotia and the United States in the states of Arizona, Texas, Colorado, North Carolina and Maine.