Zircon is a zirconium nesosilicate mineral (ZrSiO4), which is available in a variety of colors in the gem trade, including colorless, yellow, brown, red, blue and green. Not to be confused with Cubic Zirconia, an inexpensive synthetic diamond simulant, zircon is natural and is so far the oldest mineral dated on earth, dating back more than 4.4 billion years. Zircon is the natural gemstone which most closely resembles diamond. Its strong luster, high dispersion and intense fire give it a real sparkle comparable to that of diamond.

Its name is thought to be derived from the Persian word zargun, meaning “gold-colored,” or from the Arabic word zarkun, meaning “cinnabar” or “vermillion.” A variation of this word "jargoon" is still used to describe light-colored zircons.

Zircons contain the radioactive elements uranium and thorium, which are known to break down their crystal structure, a process that takes millions of years. They are thus classified into three main types based on their deterioration level: high, medium and low zircons. High zircons have an intact crystal structure and low zircons depict extensive damage, sometimes rendering them with a near amorphous structure, also known as metamict. Low zircon is typically green to brownish in color and usually has a cloudy texture. Despite the different types, the trade still defines them all as zircon.

Reddish Orange, Orange and shades of brown are common colors for high zircon. 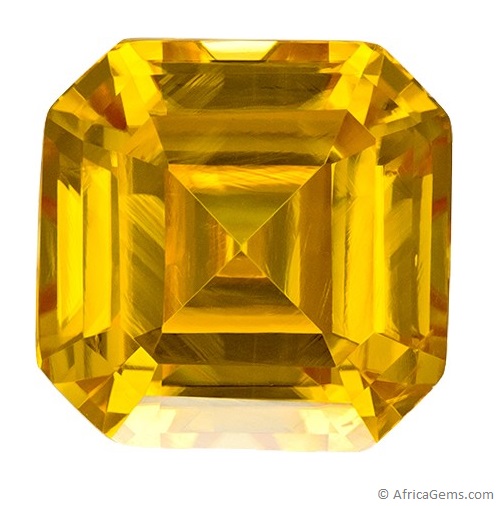 Zircon, specifically blue zircon, is the birthstone of the month of December, together with Tanzanite and Turquoise.

Zircon is a symbol of purity, known to help one be more at peace with oneself, and to elicit feelings of love and admiration in all people. It was believed to provide the wearer with wisdom, honor and prosperity and also to increase confidence and compassion.

Zircon was thought to have the ability to heal disease, relieve pain, increase appetite and to generate sound sleep. It was used as a protective amulet to banish evil spirits and protect against poisons, during the plague in fourteenth century Europe.

While colorless in its purest form, Zircon can be naturally found in a variety of colors, such as red, brown, yellow-golden, orange, blue and green. Because of its brilliance and scintillation or fire properties comparable to those of fine diamonds, colorless zircons, also known as Matura Diamond, have been a popular substitute for diamonds for many years.

Most of the wonderful colors of present-day zircons result from a heating process known for hundreds of years. Colors such as white (colorless) to blue, yellow to brown, orange, and even red can be achieved through heating. The heating treatment is undetectable, hence does not affect the price. However, several of these colors are not stable and may turn dark brown when exposed to ultraviolet radiation (or after lengthy exposure to sunlight), so special care should be taken.

The color of yellow to orange zircons range from orangey-Red (4) to orangey Yellow (7). Most of them possess a very dark tone, almost black, and are heated to lighten them for a more pleasant appearance. 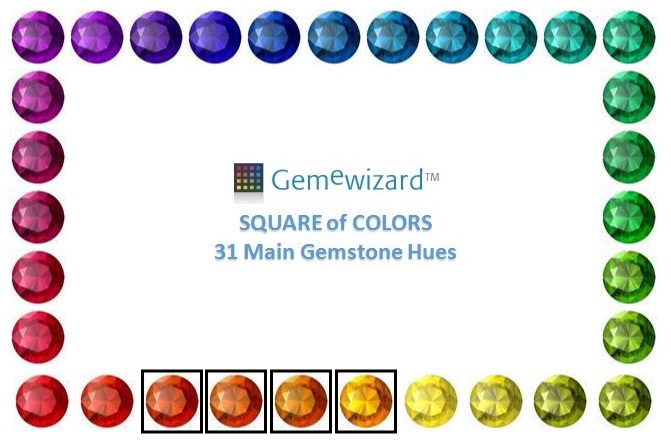 In zircons of orange and red colors, great importance is attributed to tone and saturation levels. Vivid orange or red colors increase the gem's value. Contrarily, when the brown shade is dominant or when the gemstone displays an above dark tone, the price decreases sharply.

Australia is the world's largest producer of zircons, responsible for 37% of the world’s supply. It also has the world's oldest deposits dated over 4.4 billion years. South Africa comes in close second with 30% of world production and is in fact Africa’s main producer.

Other main sources include Sri Lanka, where green and yellowish varieties of Low zircons and greenish Yellow or greenish Brown medium zircons are found; Thailand, a source for High zircons in yellow to brown shades; Cambodia, the main source for brown zircon that can be heated blue and colorless, as well as High zircons; Myanmar, also a producer of green metamict Low zircons and heat-treatable brown zircons for blue and colorless; and Tanzania, a known supplier of High zircons.

Thailand, a source for High zircons in yellow to brown shades. Naturally light yellow colored zircon, resembling a lemon-juice color, are also available in the trade. These gemstones mainly come from Sri Lanka and are valued relatively low.

The radioactive uranium and thorium elements present in Zircon, are not only responsible for the breakdown of its crystal structure, but as a result also for the great variations in its physical properties. High zircons possess regular physical and optical properties, whereas Medium zircons have somewhat reduced properties and Low zircons exhibit much lower optical and physical ones.

Zircon is highly resistant to chemical alteration, but while it is subject to cracking and chipping, it is also resilient to abrasion. With that being said, it is worth noting that its hardness decreases the more its structure is deteriorated.

High zircon also possesses a strong double refraction property, which can cause doubling of facets, when not faceted properly.