Aquamarine is a light-toned and slightly-saturated Blue to greenish Blue variety of beryl. Its name comes from Latin, meaning ’sea water’, derived from its pleasant marine color. Together with the emerald, aquamarine is among the most popular variety of the species.

For some reason, people tend to believe that this transparent and beautiful sea-blue gemstone is not a rare gem. While aquamarine is not as precious as the emerald, it is considered an important gemstone in the jewelry world. 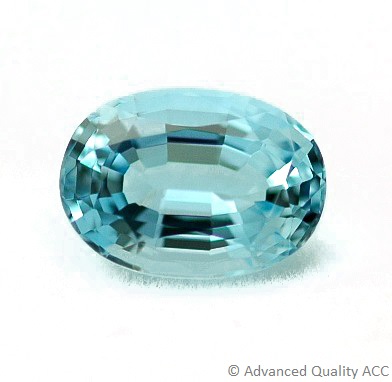 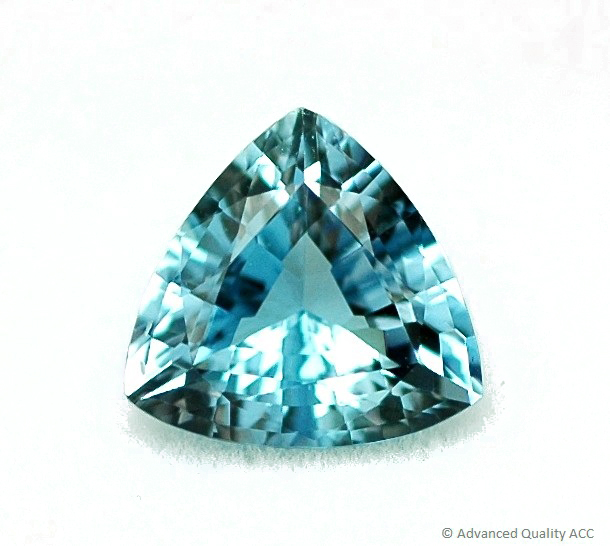 Aquamarine is the birthstone for the month of March and the gemstone representing the 16th, 18th and 19th wedding anniversaries. Believed to be the treasure of mermaids, it was regarded as the sailors’ lucky charm, keeping them safe from peril during their sea voyages, by calming the waves and protecting them from sea monsters.

Aquamarine is excellent for audience facing individuals, such as orators, presenters and teachers, thought to help them overcome the fear of speaking to a crowd. It was also believed that an aquamarine soaked in water would treat eye troubles, respiratory diseases and hiccups. It is associated with faithfulness, courage and friendship, said to help ease depression and grief and to rekindle love in long marriages. 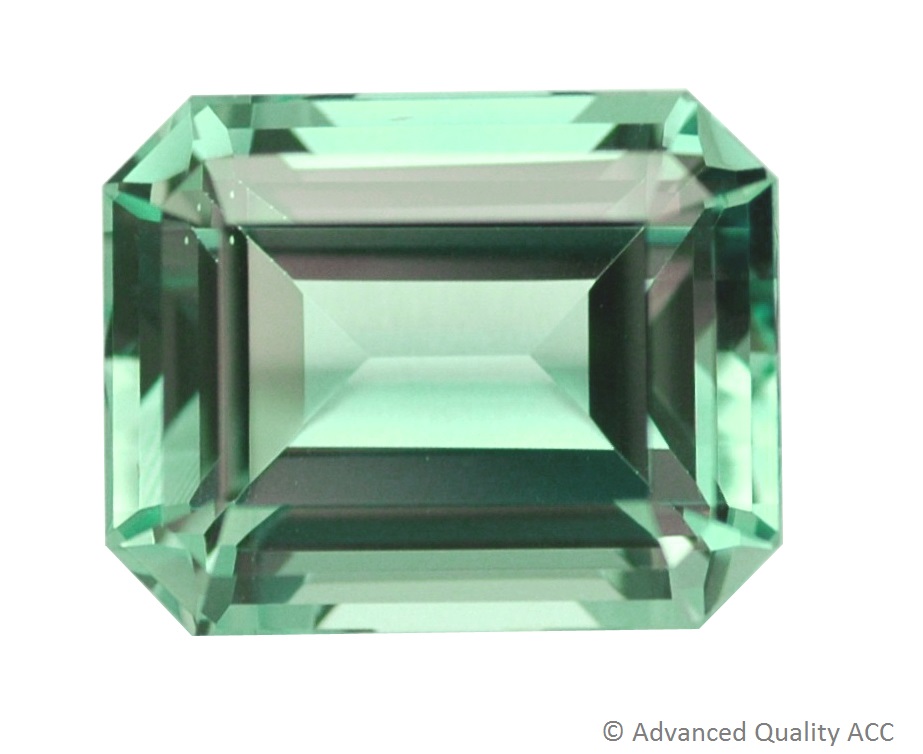 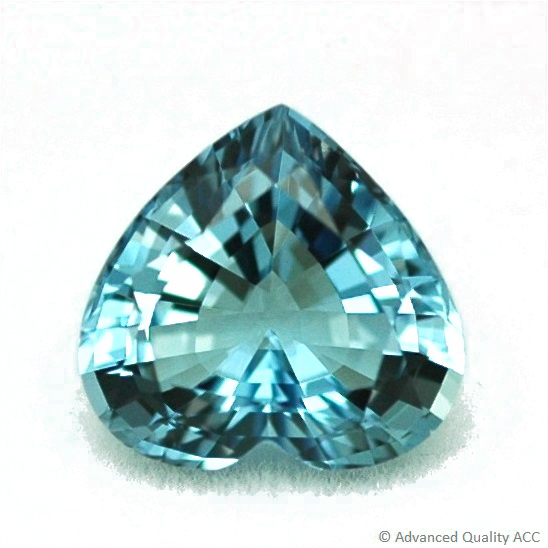 Aquamarine has the same chemical composition as the emerald, differing only in the type of impurities within the colorless beryl crystal that give them their respective colors. Aquamarine’s color, ranging from Blue to Blue-Green, is the result of iron impurities. In most cases, the color saturation of aquamarines is not high and the gemstone has a charming, clear light-Blue color. Most of the gems are pale and only in the best of the small ones may some color be apparent. 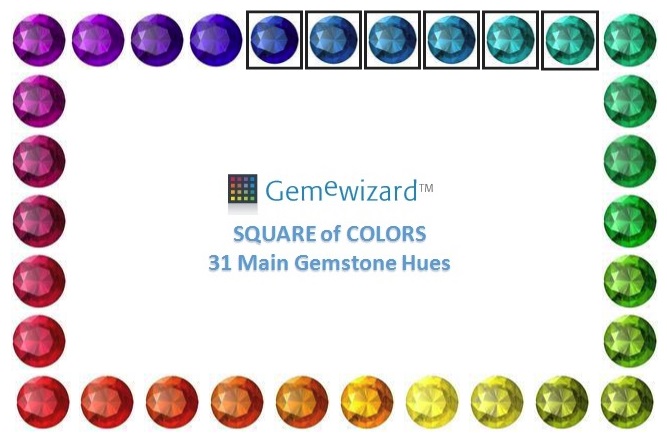 In many of the gems there is a hint of an undesirable greenish or grayish tint, which lowers the gemstone's value. This tint may be removed by controlled heating, which usually gives the gemstone a more bluish appearance.

Although poor-quality (light in color) aquamarine is actually quite common, high-quality aquamarine with a saturated color is very much in demand and quite expensive. The most sought-after color of aquamarine is a deeply saturated Blue color, similar to that of a light sapphire, known as ’Santa Maria’ and named after the Santa Maria de Itabira site in Brazil where the first gemstones were discovered in the 1950s. The trade has recently adopted the name 'Double Blue' for this variety as well.

The original deposit is almost depleted and today most of the Santa Maria colors are found in several sub-Saharan countries of Africa, mainly Zambia, Tanzania, and Mozambique, which in 1991 became the first known African source. These gemstones are typically small, with polished gems of more than half a carat being quite rare. Such an aquamarine is called ’Santa Maria Africana‘ or ’Santa Maria Afrique’, to distinguish it from the Brazilian variety. 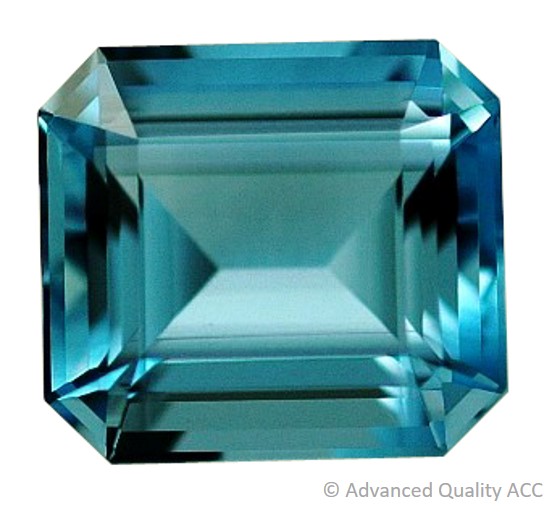 Aquamarine also occurs in a translucent milky appearance and with chatoyancy (cat's eye effect) and asterism (star effect), which is extremely rare and very valuable.

BRAZIL Brazil is the leading producer of aquamarine with mines spread in various states throughout the country. The state of Minas Gerais is Brazil’s most productive mining area. Some renowned mines are scattered all over the state, including the Santa Maria de Itabira site where the famous Santa Maria variety was first discovered. The largest gem-quality aquamarine ever mined, weighing over 110 kg, was unearthed in Marambaia, Minas Gerais in 1910. Other states include Bahia, Espírito Santo and in a somewhat lesser capacity, Rio Grande do Norte.

Other American sources include Colombia, in proximity to its emerald mines, and the United States.

NIGERIA Nigeria is an important source of large and clean aquamarine, with colors ranging from light greenish blue to blue and fairly uniform in color.

ZAMBIA, TANZANIA, MOZAMBIQUE Zambia, Tanzania and Mozambique are known sources for the Santa Maria Africana variety, having deep blue colors reminiscent of the Brazilian variety. A noteworthy source for some of the finest colors of aquamarine, which is now depleted, was in Lundazi, Zambia.

Other African sources include Madagascar; Namibia, known for its intensely colored Aquamarine from Erongo; Malawi, Kenya and Zimbabwe.

Asia has its fair share of important sources of high quality aquamarines as well.

PAKISTAN Pakistan produces some of the most exceptional Aquamarine crystals, with several important deposits in the northern mountains, among them the Shigar Valley, and Nagar in the Hunza Valley.

CHINA China has recently grown to become one of the leading world suppliers of small, commercial-quality aquamarine, although some beautiful crystals have been known to have come from this source as well.

Other notable Asian sources include India, where great quality aquamarine from the ancient source of Karur in the southern state of Tamil Nadu is produced; Myanmar, from Mogok; Sri Lanka; Afghanistan; Nepal; Russia and Vietnam, where deposits were only recently discovered. ✨Quicksilver Dream✨ How amazing is this ever c

💟 TITANIC 💟 This beauty won’t find itself

🟣 HEPSYLONE 🟣 Such a gorgeous stone to be w

“My many colored gems” I was reading with my s

Last minute 2020 gift for a special someone. A ra

Dear friends and colleagues, we appreciate your en